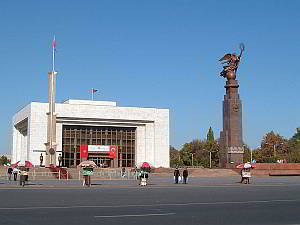 Bishkek is Kyrgyzstan’s capital city. It is a commercial centre and microcosm of Kyrgyzstan, which is famous for its boulevards and tree lined streets – it is known as the “greenest city in Central Asia”

National Historical Museum is placed in the north end of Ala-too Square. The exhibit starts on the top floor where the fletching, colorful ceiling paintings celebrate the Soviet Union’s cheerful ethnic mix. Remains from Kyrgyzstan’s history appear to have been swallowed up by the local equivalent of the Bermuda Triangle. Although mammoth remains have been found in Kyrgyzstan; petroglyphs from Saimaly Tash and the Chui valley, dating from 2000-1000 BC. Bronze Age axes, knives and huge cooking pots, found in burial mounds around Lake Issyk Kul, are displayed along with a ceremonial plate for animal sacrifices. Display from the 18th to 20th centuries include traditional Kyrgyz dresses and marriage items, including jewelers, felt-covered belts for women, fully furnished yurt, dolls woven from ribbons and 19th century photos of nomadic families. 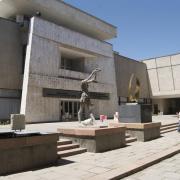 This first picture gallery opened its doors in Bishkek in 1935. More than 70 paintings gained from museum funds of Russia, from Tretyakov’s gallery in particular. This splendid collection of Russian painting put a start point to the best known storage of artistic values of Kyrgyzstan – to Museum of Fine Arts. Nowadays fund of museum contains 17000 of exhibit units. Conditionally whole exposition may be divided into two divisions: painting, where represented works of Russian and Kyrgyz artists of 14th -20th  centuries and national decorative applied art, which is represented by all kinds of folk art: felt works, wooden and leather things, clothes, carpets, embroidery, male and female wear and jewelry. 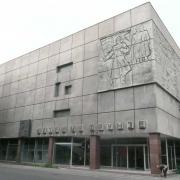 The house where prominent Soviet general Mikhail Vasilyevich Frunze spent his childhood was announced as museum in 1925. Bishkek was named after his name more than 70 years. The museum fund contains personal things, documents, photos, pictures, manuscripts, books and many other things of the hero. In order to preserve his house for centuries there was built a big monumental construction above it, which is made of glass and concrete. Ground floor, made of glass, well harmonizes with two upper floors, facing of which is made of concrete. Bas-reliefs with the inscriptions of civilian war and Frunze’s activity are depicted on rectangular panels of external surface.  Mobile thematic exhibitions to significant dates, new receipts and exposition “Frunze and Modernity” are demonstrated in exhibition hall of the second floor. Video classes room and exposition hall with the total area 570 sq m. are placed on the third floor. Total square of the museum is about 2000 sq meters. Nowadays Frunze museum contains more than eight thousand of exhibits. Year by year museum is enriching by new documents, pictures, paintings and personal things of the general. Visitors can also listen to recorded people’s memoirs who met Frunze. 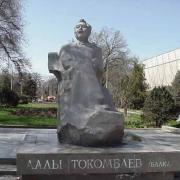 The Aaly Tokombaev Memorial House Museum is placed on Chuikova Street. It chronicles the life of Tokombaev – a famous akyn (bard) and writer. He was instrumental in standardizing written Kyrgyz in its adapted Cyrillic alphabet; he was awarded Lenin’s order, the star of Hero of Socialistic Work, the medal of Honor etc. This House Museum is a daily meeting place for students, scientists, intellectuals all those who interested in literature. Artifacts include examples of Kyrgyz in the Arabic and Roman scripts that preceded this. You can also find his earlier translations of foreign literature into Kyrgyz, including works by Schiller, Gorky and Lermontov. The most interesting are the exhibits on the 1916 uprising against Russian exploitation. 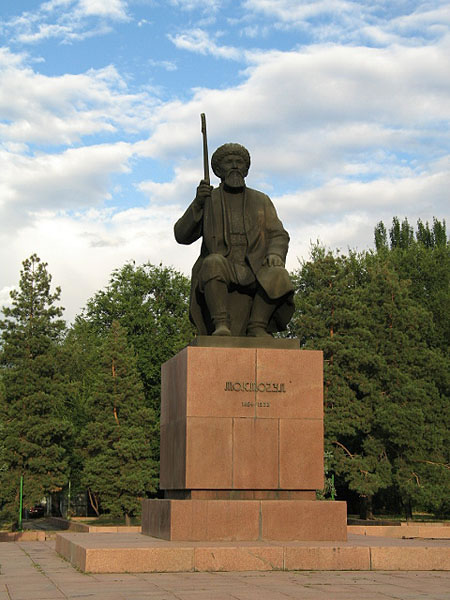 One of its two small halls houses are temporary exhibitions about Kyrgyz writers, together with 4th-18th century rocks inscribed with Turkish, Arabic, Tajik, Sogdian and Nestorian writings. Some alphabets are indecipherable. The second hall is devoted to Toktogul Satulganov (1864-1933), the renowned Kyrgyz akyn who once lived in this building and gave his name to the street. Exhibits include Toktogul’s homemade “kormuz” guitar, the only existing photo of himand a display about his pre-revolutionary exile in Siberia. 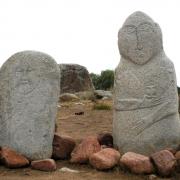 The old park is one of the most popular places to visit in Bishkek. Among its shady alleys where the trees themselves resemble museum exhibits are sculptures by well-known masters from the CIS and other countriesAll ninety works were erected between 1984 and 1991. The sculptures blend easily with the surrounding nature, an unobtrusive yet influential presence. Kyrgyz stone was used for the sculptural compositions: granite, marble, dolomite, sandstone and shell rocks which have absorbed and reflect the history of Kyrgyzstan. Popular works include Cholpon O.B. Kostkevich, The world is our home by Yu.L.Sinkevich and Happy Motherhood by L.T. Tokmadjan. There are works from Cuba, Hungary, Poland, Bulgaria, Greece, China, Holland etc. 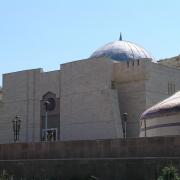 History of Kyrgyz people is kept in many monuments of material and spiritual culture on Talas land. Manas Ordo and Manas Gumbez are the wealthiest property of spiritual culture of Kyrgyz people. The main objects , which usually attract tourists attention  are ancient headstones, ancient places of interment like Sako-Usun Kurgan interments and catacomb monuments of Kenkol interment.

Eight miles away from Talas city nearby the foothill of the Manastyn-Chokusu Mountain and near historical complex Manas Gumbez placed Manas Ordo Kyrgyz national complex. This is a large complex with total square 225 ha. All objects are constructed in national coloring, what makes it unique. Manas Ordo complex contains archeological monuments, which represent events of remote past. Rock paintings, stone sculptures and mounds take a special part among these monuments. Here you can also see petroglyphs and other runic script monuments.

The monument is named after Manas – an epic hero, great spiritual heritage of Kyrgyz people, which surprises humanity during many centuries after its appearance. “Gumbez” means mausoleum, because this legendary hero was buried there many centuries ago. Sako-Usun mound interments and catacomb monuments of Ken-Kol burial ground dated1BC-2AD are placed on the territory of complex. Memorial stones, stone sculptures of 6-9 AD and one of thirteen stones with runic script are exposed in the open air. 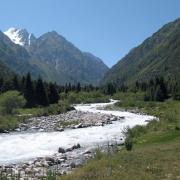 Ala-Archa National Park is one of the main natural sights in Kyrgyzstan located on the northern slope of Kyrgyz ridge 25 miles away from Bishkek city. It begin on the center of Kyrgyz Ala-Too and stretches to north of Ala-Archa canyon. The name Ala-Archa means motley juniper. It was founded on April 29 in 1976 by the decision of the Council of ministers of Kyrgyz SSR. Nowadays forest lands of reserve are 1316 ha and the total area of steppe zone reaches 970 ha. Landscapes of mountain forests and foothill steppes are varied: about 600 types of plants including 70 types of shrubs and trees, 50 types of medical as well as tanning and honey plants. There are also coniferous plants – pine trees, Tien-Shan spruces and treelike junipers. Here some characteristic animals and birds dwell. There are a lot of hoofed animals such as Capricorn, boar, argali and Siberian Roe Deer; predators – foxes, wolves, very rare snow leopards and Turkestan lynxes; small animals such as hares, martens, ermines, badgers and porcupines; birds – partridges, snowcocks and those who are listed in the Red Book – golden eagle, Saker falcon and griffon-vulture. There is also a camp of alpinists 2100 meters above the sea level in Ala-Acha canyon. The highest points of Ala-Archa canyon and Kyrgyz ridge are Crown peak – 4875 meters, Semyonov-Tien-Shan peak – 4875 meters and Free Korea peak – 4740 meters. Touristic infrastructure of Ala-Archa Natural Park is well developed and includes cottages with all facilities, restaurants and parking lot.