You are here:HomeToursJewish heritage in Uzbekistan
Find a tour 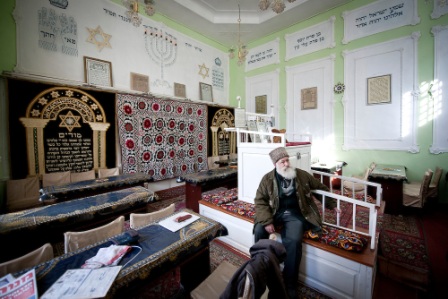 You have a great chance to plunge into the Jewish culture visiting synagogues, Jewish community, museum and Jewish cemetery along with main historical cities.

Meeting and assistance on arrival.

Transfer to hotel. Check in.

Morning visit the old town to see Barak Khana Seminary, Tilya-Sheikh Mosque and archives known for the exhibit of a rare copy of Koran written the third Caliph

Afternoon visit of local Jewish Synagogue and Jewish community, then visit Museum of Applied Arts, excursion to visit Mustakillik (Independence) Square in the heart of Tashkent and famous Tashkent Metro (underground) decorated with local marble and granite like an underground palaces.

Morning drive to Samarkand and at the entrance to the city visit Ulugbek’s observatory and Afrosiab museum then transfer to hotel.

Half day sightseeing in Samarkand:

You may have your dinner at Jewish traditional house

Afternoon visit Jewish museum is in the former house of Jewish merchant named Kalantarov and Jewish cemetery, which is still in use.

One of the two synagogues in Bukhara owes its existence, legend says, to a wily Jewish widow. In the 15th and 16th centuries, laws protected Jewish houses, like Muslim houses, from official seizure, but Jews were not permitted to build new structures. The emir of Bukhara wanted to buy the house and land of a Jewish woman in order to build a water reservoir. She refused to sell. The emir built a small reservoir nearby, and the water began to undermine the foundations of the widow’s house. Emir asked again and since widow hadn’t any relatives, she asked  for land and permission to build a synagogue instead of money.

The widow’s synagogue is one of two remaining in Bukhara, which also has upper and lower Jewish Day Schools.

Bukhara’s Jewish quarter has changed little since the widow’s day. Too narrow for automobiles, the quarter’s crooked streets are lined with two-story, stone houses whose carved wooden doors open onto central courtyards. In the widow’s small, one-room synagogue, the Ark is covered with carpets, the reading table is in the middle of the room, and gold-embroidered hangings donated by the Muslim community hang on the wall.

Ark Fortress, Poi Kalon minaret and mosque. The next place of interest is

You may have your dinner at Jewish traditional house.

Later proceed to Khiva and on arrival transfer to hotel.

Full day city tour of Khiva - the museum under the open sky in the inner city Ichan Kala no transport, whole day will be just walking tour.

Transfer to Urgench airport (30 km) for flight to Tashkent

On arrival transfer to hotel.

Morning is at leisure.

Afternoon transfer to the airport for flight to Tel-Aviv. 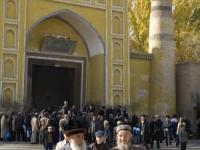 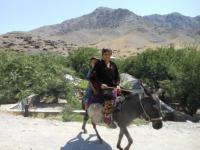